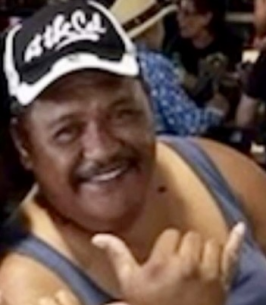 Gary Ho’oheno Kawa’akoa, 68, of Maui, passed away on February 15, 2022 on Oahu. He was born on February 15, 1954 in Oahu. He served in the Army as sharpshooter and communication specialist. Later employed as a heavy equipment mechanic for HC & S. He was a family man, fisherman, and a man of God.